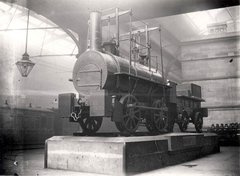 We're very sorry that we have had to cancel this event, due to take place at Discovery Museum. The organiser, Newcomen Society, has decided to suspend its programme of meetings and events, at both national and regional levels, until at least the end of May due to concerns regarding the Coronavirus pandemic.  We hope to reschedule the talk later in the year.

This event has been postponed following COVID-19 advice

The origin of Killingworth Billy, preserved today at Stephenson Railway Museum in North Tyneside, has long been a mystery.

It was thought to have been built in 1826 by Robert Stephenson & Co., but full archaeological and archival studies were needed to establish its true place in the early history of railways.

In 2018 Michael Bailey and Peter Davidson had the opportunity to undertake these studies on behalf of Discovery Museum.

It is now believed that Billy was initially fabricated and assembled in 1816 at Killingworth Colliery’s West Moor workshops, under the supervision of George Stephenson.  The lecture will discuss the evidence which supports this view.

Michael Bailey and Peter Davidson are acclaimed researchers and writers on early railway history in the UK and abroad. 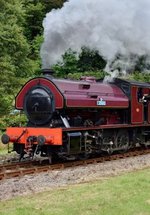